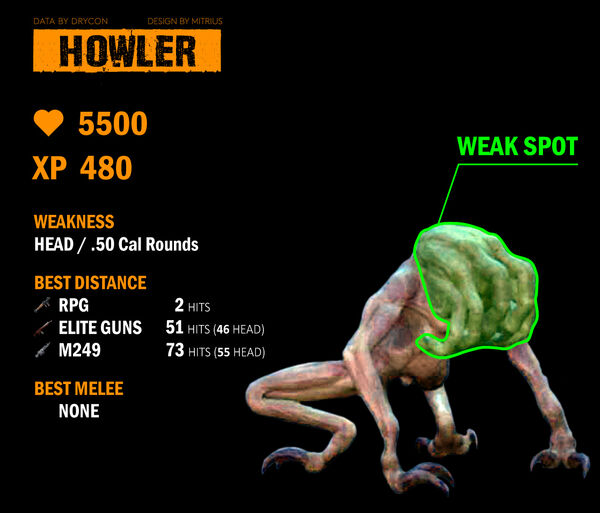 Howler is a type of enemy in Road To Eden.

Howler is a powerful mob only found in the south part of Zone 2. See map. Several Howlers can be found in the Mine-Lab dungeon.

When attacked, the Howler will spawn 5-6 Skulkers that will attack the player as well.

Howler corpse can be skinned with a blade to harvest :

The Howler itself is not very difficult to kill, it's a bullet sponge.
The difficulty is managing the several Skulkers spawning around. They hit very hard. Need to outrun them and fire at them, and again and again.