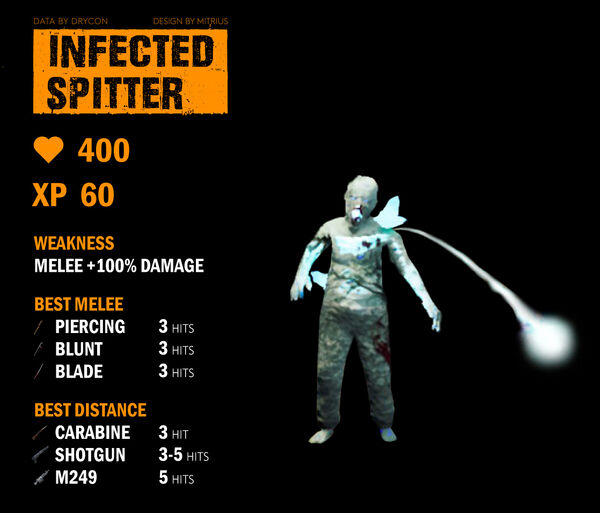 Infected Spitter is a type of enemy in Road To Eden.

Spitters are found in most places. They can also be spawned by Mutant Soldiers.

Spitters can throw some chemical mixture disorienting players (meaning the movement keys will be randomly changed).

As the spitter will try to throw his spit on you when it spots you, you have two choices : kill it from distance before it sees you, or rush at it and melee it. Spitters don't spit at melee.